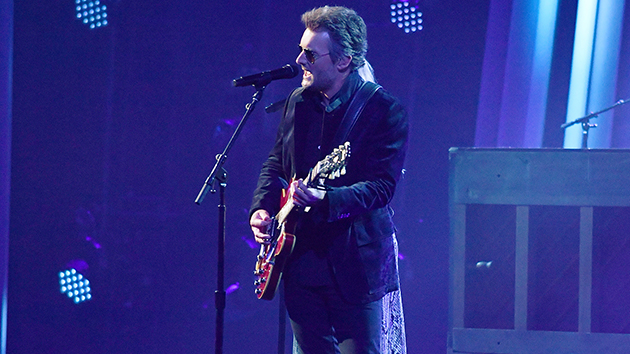 In fact, quite a few artists were either on a plane headed to Europe’s annual Country to Country festival or already there for the March mainstay, as it became the first of countless events to be cancelled or postponed because of the coronavirus.

In April, Nashville typically descends on Las Vegas to take over Sin City for the Academy of Country Music Awards, but this year, it was not to be. The 55th ACM Awards, hosted by Keith Urban, would eventually take place – for the first time ever – at multiple locations in Music City in September.

As superstars from Kenny Chesney to Luke Bryan to Sam Hunt held onto hope for some return to touring in 2020, it became clear we were on a much different trajectory as the Country Music Association did what once seemed unthinkable, cancelling CMA Fest, the yearly celebration that takes place in Nashville in June.

By the end of June, Garth Brooks had figured out at least one way to connect with his fans until he could resume his Stadium Tour, performing for more than 350,000 collectively during a pre-recorded concert at drive-in theaters all around the country.

That same weekend, both Chris Janson and Chase Rice came under fire after social media posts showed them performing at events in Idaho and Tennessee where people didn’t seem to be wearing masks and social distancing.

July found Brad Paisley, Darius Rucker, and Jon Pardi playing a weekend of socially-distanced Live from the Drive-In shows in St. Louis, Nashville, and Indianapolis. Though thankful for the chance to take the stage, Brad later remarked he doubted anyone turned a profit, as decreased audience numbers and the expense of safety protocols made it unlikely.

Even without the income of touring, many artists struggled to keep paying their band and crew during such a tough time, among them Chase Rice and Jimmie Allen – who confessed he’d taken out a rather large bank loan expressly for that purpose. In a show of ingenuity, Caylee Hammack’s band started a lawn care company to keep them working while they couldn’t play.

The huge financial toll aside, the lasting impact of COVID-19 is even greater: Nashville lost legends like Charley Pride, Joe Diffie and John Prine to the virus.

Just prior to the arrival of the COVID-19 vaccine, new CMA Entertainer of the Year Eric Church predicted music would again bring America together in a communal setting, likely in second half of 2021: “Third, fourth quarter is gonna be a f****** great thing,” he told reporters in the virtual CMA press room.