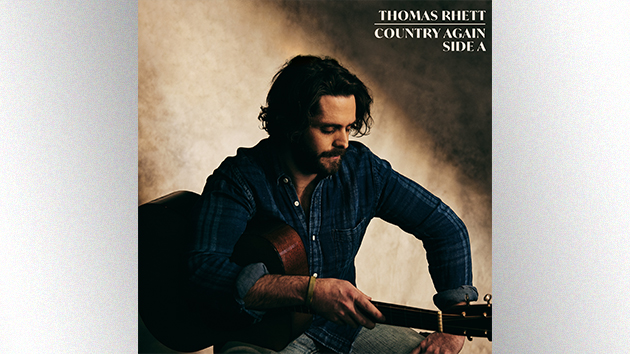 2020 was an eye-opening year for many people, including Thomas Rhett, who had an epiphany that led to the creation of his current single, “Country Again.”

Thomas reveals that he’d had the song title sitting in his phone for a while, but didn’t know what to do with it until he entered a writing session with Ashley Gorley and Zach Crowell that ultimately led to “Country Again.”

“I’d had that idea in my phone for so long and had no idea how to write it. It just looked weird on paper. I was like, ‘What do you even say to this?"” Thomas recalls. “I’ll never forget Ashley saying those first two lines, ‘I quit hunting with my daddy/ I guess I didn’t make the time.’ I could say the same thing for a lot of things in my life, and 2020 was the year that I got to go back and make the time for all those things.”

Some of the leisurely activities Thomas namechecks in the song include watching the moon rise over a bonfire with his wife, Lauren, and drinking beer with his friends while listening to Eric Church, and he says his goal is try to apply this present mindset to daily life going forward.

“Hopefully that mindset transitions into when life gets back to normal as well. We can take a lot of the stuff we learned and transport it into the future and hopefully live a more balanced life,” he expresses. “That’s kind of where the inspiration of that song came from, and [I’m] just really proud of how that turned out, because I think that song can relate to a lot of people.”

“Country Again” is currently inside the top 10 of the Billboard Country Airplay chart.

Take me out to the ball game: Thomas Rhett throws first pitch at Chicago Cubs game

“She crushed it”: Luke Bryan brings young fan on stage to sing with him