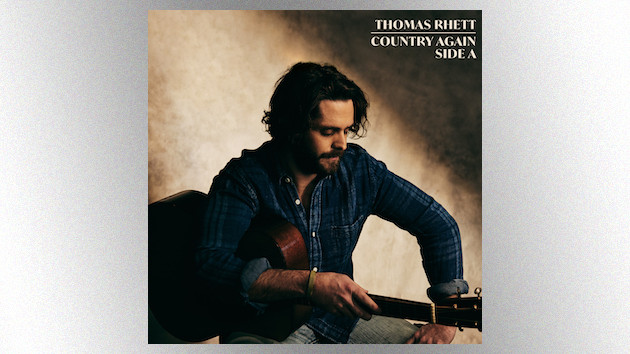 Thomas Rhett has a double album in the works, and this week, he clued fans in to all the details about the first half, Country Again: Side A.

Featuring his current Top 5 hit single, “What’s Your Country Song,” the new, 11-track collection will arrive in April. A number of the songs should feel at least a little familiar, as Thomas has performed acoustic snippets of tracks like “Ya Heard” and “To the Guys That Date My Girls” on social media in recent weeks.

The track list also includes a duet with Hardy, called “Put it On Ice.”

Thomas is known for his deeply personal lyrics, and the new music will be no exception: He says that Country Again: Side A traces his journey into adulthood and how his life on the road ultimately brought him back to his roots.

“Country Again: Side A is everything that I wanted to say when I was 19 years old, but hadn’t lived enough to know how to say any of those things yet,” the singer explains. “It’s about the crazy journey that took me out into the world over the last ten years and ultimately brought me back home, more centered and content than ever, with a deep understanding for what’s important in life.”

Ahead of the album’s release, Thomas Shared two new songs: the heartbroken “Want it Again,” and “Growing Up,” a reflective look back at how life changes over time.

Country Again: Side A is due out on April 30; it’s available for pre-order now. Here’s the full track list: