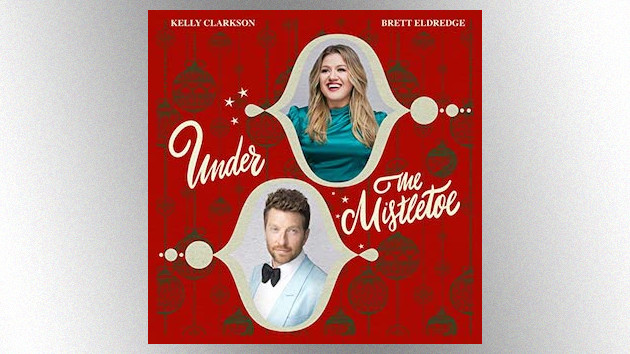 Kelly Clarkson unveiled the first of two seasonal releases this week, and it’s an original duet with the country king of Christmas himself, Brett Eldredge.

The song, “Under the Mistletoe,” which Kelly co-wrote, is upbeat, flirty and festive. Its lyrics wonder if holiday magic might lead to romance, set against a chorus of jingle bells.

“Under the Mistletoe” is the first of a two-pack of songs Kelly’s got planned for this holiday season, the singer recently revealed.

“I actually have a couple Christmas things dropping too, that are very random,” the singer said. “A duet with Brett Eldredge, who I love, that I wrote, and a cover song. So it’s like an A/B side thing that’s coming out for Christmas.”

Kelly previously dropped a full-length holiday album in 2013 called Wrapped in Red. Her duet partner’s no slouch when it comes to Christmas, either: Brett’s Glow album was a festive hit after it arrived in 2016, and the singer’s since embarked on a series of holiday tours named after the project.