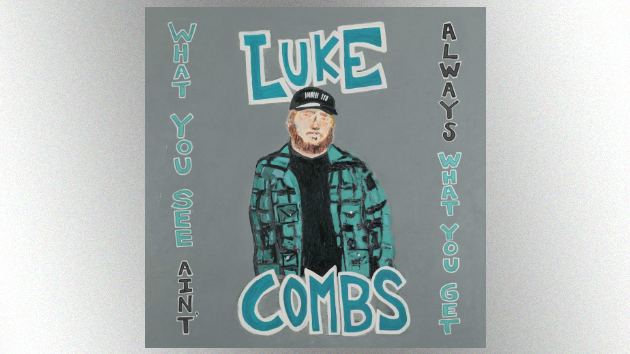 If you suspect Luke had a plan all along — you’re right.

“Yeah, actually, I did…” he tells ABC Audio. “Once it came time for the second album, I kind of had an idea what I wanted to do. And I wanted to keep that kind of juxtaposing theme of the two albums and being similar, but also being different.”

In fact, it’s part of Luke’s vision to raise the quality of deluxe albums overall.

“I’ve always felt like personally that sometimes a deluxe edition of an album is just songs that…weren’t good enough to make the record,” he confesses. “I would get excited about, ‘Oh, I can’t wait to hear this deluxe edition.’ And then the songs wouldn’t be very good, in my opinion.”

So Luke’s made it his business to change that.

“Why can’t we take the deluxe edition and make it better?” he asks. “Why can’t we write new songs, go in, put the work in…and try to make them even better than the last album?”

It’s one leg of the CMA nominee’s journey toward hopefully one day claiming the Entertainer of the Year trophy.

“I always want to be moving forward, whether that’s musically or as a performer or songwriter or a singer. And so I’m always trying to get better…” Luke explains.