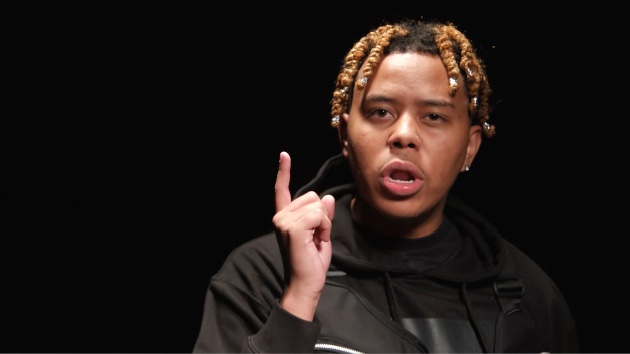 Rapper Cordae opened the 2020 BET Hip Hop Awards Tuesday night with a powerful freestyle about the state of Black America, while encouraging viewers at home to vote.

The pre-recorded event was hosted by popular comedian troupe, the 85 South Show.  Composed of DC Young Fly, Karlous Miller and Chico Bean, the group recreated the living room stage from their podcast of the same name.

T. I. was the first to join the 85 South crew on the couch, where he described his new album, The L.I.B.R.A. as a “philosophical presentation.”

R&B singer Monica also joined the couch to present the award for Best New Hip Hop Artist: Pop Smoke. The late Brooklyn rapper was honored by Quavo with a tribute performance of their joint collaborations: “Shake The Room” and “Aim For the Moon.”

Snoop Dogg‘s introduction of the I Am Hip Hop Award recipient, Percy “Master P” Miller was another highlight. Master P was honored for his numerous contributions to music and hip hop culture.

Lil Baby and 42 Dogg gave the first performance of the evening with their latest collaboration “We Paid.”

The City Girls followed up with a fierce jungle-themed performance of their City On Lock singles, “[Kitty] Talk” and “Jobs.“

And for the ladies of R&B cypher, Brandy, H.E.R., Teyana Taylor, & Erykah Badu freestyled their wide-range vocals over an instrumental of Brandy’s “I Wanna Be Down.”

Not to mention, Presidential Vice Presidential nominee and Senator Kamala Harris made an appearance to express the need for Historically Black College and Universities “to help us build the shared future we all deserve,” just before 2 Chainz and Lil Wayne’s performed “Money Maker.”

Lizzo shares heartfelt message to fans: “I *implore* you to allow yourself to be loved”