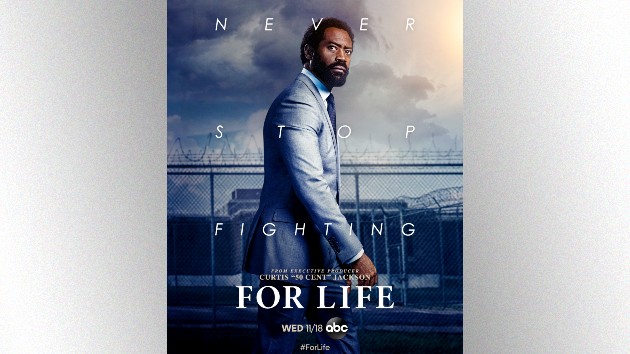 Fans will get to see life after prison for Aaron Wallace on tonight’s season two premiere of ABC’s legal drama, For Life.

Curtis “50 Cent” Jackson, who serves as the show’s executive producer, tells ABC Audio that this season’s “excitement” will be seeing Wallace, played by Nicholas Pinnock, “come out of jail.”

Joy Bryant, who plays Wallace’s wife, Marie, agrees, adding that season two will jump ahead to “contemporary times” and dive “into many of the same issues… that happened over this year.”

“The social justice movement and COVID,” she explains. “Things that we are living with… will be reflected in some of the storylines.”

Although For Life is loosely based on the real life of Isaac Wright Jr.,  who was imprisoned for a crime he didn’t commit — Pinnock, a UK native, says fans feel connected to the story and his character.

“[It’s] set in the U.S., but when you scratch the surface, it’s a global issue,” he says. “It’s happening everywhere. It happens in the U.K., just not in the same way, just not under the same system.”

Rita Moreno says ‘West Side Story’ remake does things “that weren’t in the original, [but] should have”