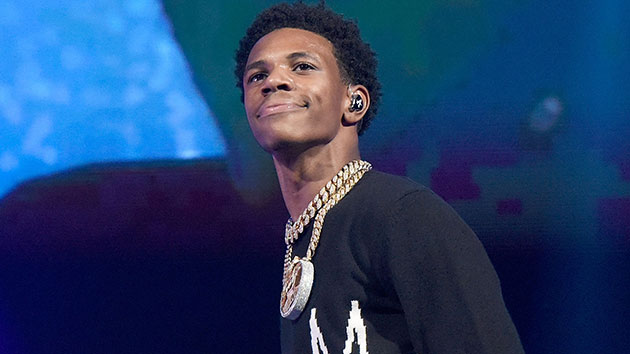 A new report about A Boogie Wit da Hoodie might make landlords reconsider renting out their properties to the rapper.

NorthJersey.com reports that the 25-year-old, born Artist Julius Dubose, was sued for a quarter million dollars for wrecking havoc on a New Jersey mansion’s plumbing.

DuBose stands accused by the Mahwah couple who owns the $3.3 million dollar rental of creating massive clogs in the toilets, which caused sewage to come up through the property’s floorboards.

According to papers filed in Hackensack Superior Court, the “Bleed” rapper left “bathroom toilets clogged and overrun by sewerage material which penetrated through the floors and damaging ceilings below.”

That’s not all DuBose stands accused of doing in the lawsuit, which claims he also left behind “carpets cut out and mismatched pieces replaced damages, stains and tears throughout.”

The laundry list of bad deeds goes on, finally ending with allegations that he abandoned “two vehicles” on the property.

The mansion’s owners are asking for $263,592 to cover the “extensive damage,” the suit alleges and claims DuBose “left [the property] unable to be leased until extensive repairs were conducted.”

DuBose not his rep have responded to the claims.

The suit follows the rapper’s other brush with the law after he was arrested in New Jersey on drug and weapons charges following an investigation of a nightclub shooting.

A later search of DuBose’s home yielded four firearms, which were seized.

It is illegal to possess hollow point bullets in New Jersey and state law lists it as a fourth degree crime.  Those guilty of possession face up to 18 months in state prison.