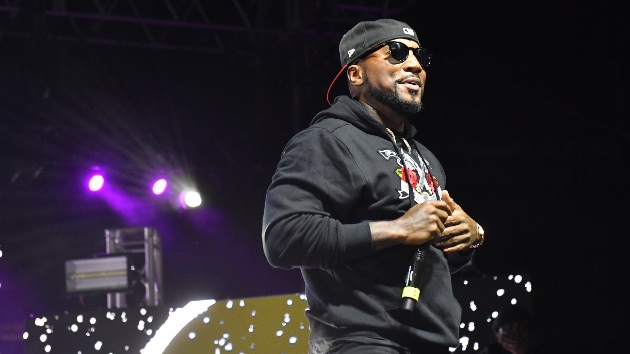 A big surprise came, when Stacey Abrams crashed the show to shine a light on Georgia’s upcoming runoff elections for two open seats in the U.S. Senate.

However, the main event was how two trap artists with a tumultuous history were going to address their 15-year feud out in the open.

Gucci played his diss tracks “Bench Warmer” and “Round 1” to start off the battle.  He also threw shade at Jeezy throughout the night by not only mocking his songs at times, but also flaunted the fact that his jewelry and outfit he was wearing cost “10 bands.”

The most heated moment came when Gucci played “Truth” — a diss track about the time he shot Jeezy’s protege Pookie Loc in self defense during an attempted home invasion.

In “Truth,” Gucci lays out the verse “I know it’s hard for you to sleep knowing you killed your homeboy.”

Jeezy, instead of taking the bait, launched into a speech about why they agreed to the Verzuz battle.

“When I called you and extended this invite, my n****, I did it as a real man,” he said. “The s*** we came from in the street and the s***we been through, I brought you here to show you the world. We are the culture, what we came through and what we been through.”

He then shouted out rappers who died by gun violence, like Nipsey Hussle and Pop Smoke before launching into “Get Ya Mind Right.”

The two ended the battle on good terms by performing their 2005 hit “So Icy” together.