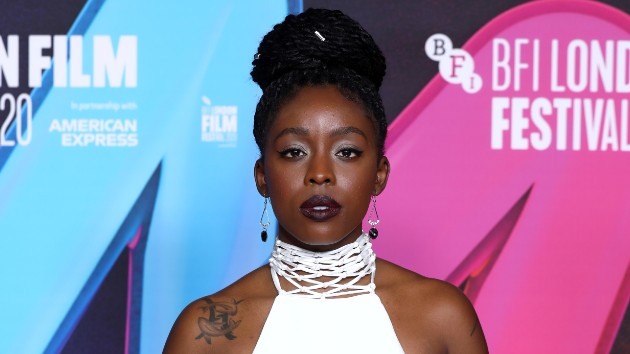 St. Aubyn tells ABC Audio that working with the Oscar winner for her first major project was a nerve-wracking but welcoming experience.

In the film, St. Aubyn plays Martha, a young woman who attends a reggae house party and falls for a young gentleman who becomes her dance partner. The actress says she didn’t have to look far to find inspiration for her authentic character.

“For Martha, it was a lot of speaking to my mom,” she reveals. “Because I believe it’s my mom’s truth as well as it’s going to relate to so many in that aspect.”

“My mom came here from Jamaica when she was nine,” she explains. “So it’s very close to home for me.”

While the familial connection was an incentive for St. Aubyn to take on the coveted role, the actress also notes that it was sort of a relief to do something different after spending “so much time doing Shakespeare and Chekhov and things like that.”

“So what a beautiful transition,” she adds. “I mean, this brought me back to my roots, to my culture, to who I am.”

Lovers Rock is available on Friday on Amazon Prime.