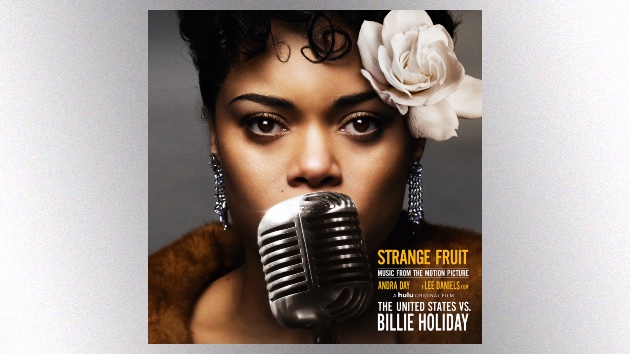 Ahead of her starring role in the film, Day and her signature vocals militantly address the state of our nation on the track that was co-written by music icon Raphael Saadiq.

“But I been rallyin’ the troops / Chariots aflame behind my Masi’ coupe / Damu at these roots / It’s thick too, made big fruit, big vibes / Always pressin’ that line / So full of love and light / The truth is black and white,” she sings.

“Tigress & Tweed” follows Day’s cover of Billie Holiday’s protest song, “Strange Fruit.” Day believes if Holiday were still living today, she’d want to see the evolution of one of her most controversial songs.

“If “Strange Fruit” was a call to awareness, “Tigress & Tweed” is a call to action because she laid the groundwork,” said Day in a statement. “Raphael Saadiq sent the perfect track and the lyrics finally came to me like a flood after a prayer one day. I hope people are strengthened by Truth and Love when they hear it.”

Andra Day will make her feature-acting debut as Holiday in the upcoming biopic, The United States vs. Billie Holiday. The film highlights the legendary singer’s career including spending years as a target of the Federal Bureau of Narcotics, which sought to imprison Holiday on drug charges in retaliation for her activism.

The United States vs. Billie Holiday premieres Feb. 26 on Hulu.