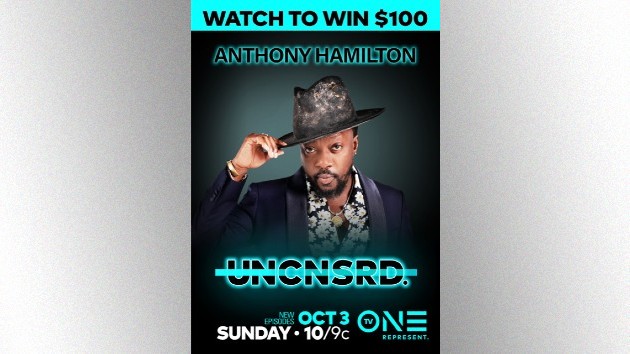 Grammy winner Anthony Hamilton stars in the latest episode of TV One’s Uncensored series, and in a preview clip of the show he recalls a key moment in his career when he sang for the first time for Arista Records President L.A. Reid.

“I go in and sang my [bleep] off,” says Hamilton, who at the was signed to Jermaine Dupri‘s So So Def Recordings, which was distributed by Arista.

He obviously made a great impression, and his first So So Def/Arista album, Comin’ from Where I’m From, released in 1993, wound up being certified platinum. It featured the biggest hit of his career, “Charlene,” which reached number three on the Billboard R&B chart.

Also in the clip, the 50-year-old vocalist remembers that the So So Def CEO had a certain image for him.

“Jermaine Dupri wanted me to look exactly like the scrungy, grungy kid from Charlotte, North Carolina, who just jumped out of the back of a pickup truck,” Hamilton explains. “That’s what took the world by storm.”