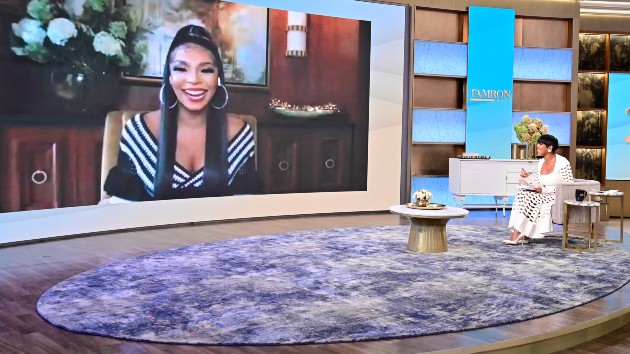 When Fat Joe and Ja Rule battled on Verzuz two weeks ago at Madison Square Garden in New York City, many people were shocked to see Nelly walk across the stage to hug his former girlfriend, Ashanti. The two stars ended their eleven-year relationship in 2014.

“It was so weird because we haven’t seen or spoken to each other in over six years,” the “Rain on Me” singer said Tuesday on The Tamron Hall Show. “I really didn’t expect it. I didn’t know he was going to be there honestly, so when I saw him coming across the stage, I was like, ‘Oh.’ It’s been so long, I didn’t know how to feel or what I was going to feel when i actually did see him.”

Though they had a bitter breakup, now Ashanti says, “The anger is long gone.”

Tamron opened their interview discussing how SZA told Ashanti at the MTV VMAS earlier this month that as a young woman, she waited ten hours for Ashanti’s autograph.

“I’m a fan of hers and she actually posted the picture of herself and me when she was at the signing,” Ashanti said. “I was so touched and stunned and I felt the love. I didn’t want to stop hugging her.”

Next year, the 40-year-old singer will celebrate the 20th anniversary of her self-titled, RIAA-certified triple Platinum debut album, which was released in 2002. The album sold 503,000 copies during its first week, the most of any debut by a female artist at that time.

During the Tamron Hall Show appearance, the Grammy winner also announced that she’s obtained legal rights to the album masters, and will re-record the album on her own independent label.

Lizzo opens up about her friendship with Adele: “We’re both supreme divas…and we’re also both Tauruses!”