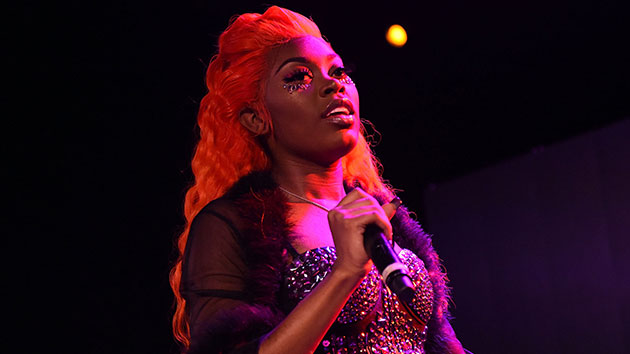 Asian Doll, who dated Von for almost two years, said her “whole world just crashed” after she found out her “soulmate” was in critical condition following a shooting outside an Atlanta nightclub on November 26th.

“When they said he was in critical condition, he had already passed away,” Asian explained. “Somebody from the hospital got in contact with me, one of the nurse’s daughters, and she was just was crying on the phone. She was like, ‘Asian I’m so sorry…my grandma works at the hospital, he passed away, they put an X on his bag.’ So, once they said he was dead on social media I already knew.”

Asian admitted they had broken up nearly a week before Von’s death but she never would have predicted how he died. The “Pull Up” rapper recalled thinking, “nah it’s impossible that Von would ever go out how he did.”

Jackson appeared next to discuss using therapy and other personal measures to cope with the loss of his younger brother, Pop Smoke. The Brooklyn rapper, born Bashar Jackson, was shot and killed during a home invasion in Hollywood Hills on February 19th.  Obasi recalled Pop telling him “he loved me” during a “deep” family conversation with their mother the weekend before Pop’s death.

“Me losing my only brother, I’m going to miss so many things,” said Jackson of “The Woo” rapper. “I won’t be able to hug my brother again, tell him I love him, see him again. I won’t be able to show him my accomplishments.”