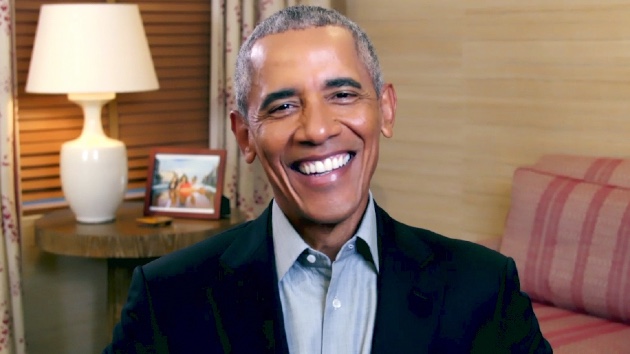 Some lucky people got the surprise of a lifetime when none other than Barack Obama himself popped up in their Zoom call.

The call of a lifetime happened on Tuesday as members of the Mahogany Books & The Very Smart Brothas Book Club gathered to discuss the former President of the United States’ memoir, A Promised Land, and, of course, the moment was captured on video.

The footage, obtained by TMZ, shows the Zoom attendees’ shocked and excited reactions when they realize Obama had joined them.

“They had scheduled somebody else but they couldn’t make it so I had to fill in,” the former POTUS joked before explaining that reason for the pop-up was to support Black-owned independent bookstores.

In addition to supporting these businesses, he added that he was also interested in meeting the men who dubbed themselves “The Very Smart Brothas Book Club.”

Obama then answered some questions, including one about the “inauguration drip” that his wife, Michelle Obama, rocked in D.C. last month during Joe Biden‘s swearing-in.

After recalling a conversation he had with the former FLOTUS, Obama admitted, “I don’t have an answer other than just knowing she looked good and looks better than me.”

TLC’s Chilli on how hard it was to perform after Left Eye’s death: “We did not get the chance to grieve properly”

Boy on the way: Rotimi reveals his fiancée is expecting their first child

Cardi B remembers her reaction to appearing with Vin Diesel in ‘F9’: “I was scared”