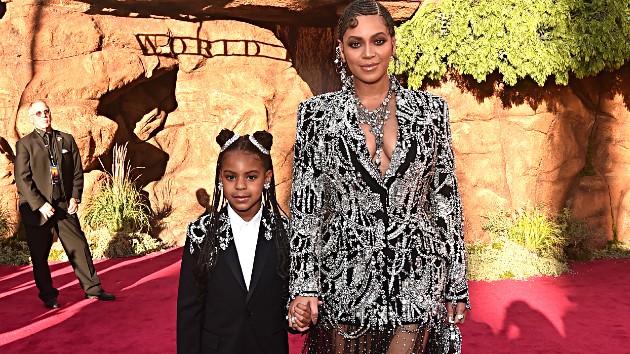 Blue Ivy continues to show that she is not just the child of a superstar couple. She is emerging as a star on her own.

The daughter of Beyoncé and Jay-Z is adding to her resume as the narrator of an audiobook based on an Oscar winning short film.

The eight-year-old provides the voice for Hair Love which follows an African American dad attempting to do his daughter’s hair for the first time. The project won an Academy Award earlier this year for best animated short film.

The film was directed by Matthew A. Cherry who previously worked with Beyoncé when she appeared in Michelle Williams’ “Say Yes” video also featuring Kelly Rowland. Cherry also directed the video for Queen Bey’s protégés Chloe X Halle’s “Warrior” from the A Wrinkle in Time movie.

Blue Ivy won the BET Her Award and a NAACP Image Award this year for being featured with her mother on “Brown Skin Girl” from The Lion King: The Gift soundtrack and Beyoncé’s Black Is King film.