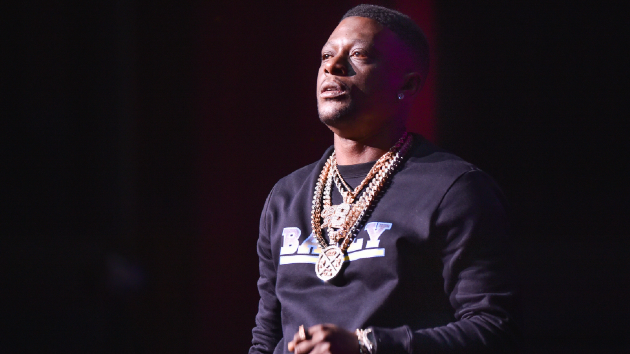 Boosie Badazz has started a new Instagram page after calling out Mark Zuckerberg.

This news follows Boosie calling Instagram and Facebook CEO Zuckerberg a “racist” on Twitter Sunday for restricting his Instagram access once again. This time, Boosie’s page was restricted after he shared behind-the-scenes footage of the video for his single, “Period,” with DaBaby.

In the clip, Boosie is shown violently slapping a man at a gas station, which later turned out to be part of a scene for the video. Instagram removed the video after finding another video of Boosie in which he initially stated he was willing to pay someone $554 in exchange for being slapped.

Boosie’s original Instagram account was removed in August 2020, after he shared sexually explicit content. During an interview with VladTV last month, the rapper revealed the Live feature had been turned off on his Instagram page, @boosienewig.

“I don’t know what it is. I think it’s personal now,” Boosie told Vlad, who suggested it has to do with Boosie mispronouncing Zuckerberg’s name in a previous video, while pleading for his account for be reinstated.

If so, Boosie said Zuckerberg shouldn’t fault him for mispronouncing the name of someone he’s never met.

“I think he took that personally. [He] gave me a new Instagram and won’t even let me go live,” Boosie joked.