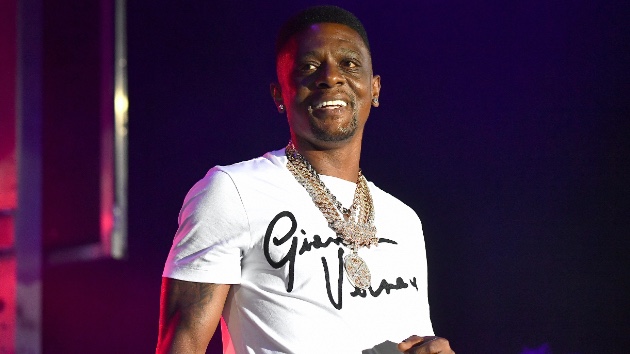 Boosie Badazz isn’t letting a gunshot wound stop him from exercising his constitutional right to vote.  The “Wipe Me Down” rapper, who was shot in November, voted for the first time in Georgia’s runoff election on Tuesday.

Boosie, who is bound to an electric wheelchair, shared a video to Facebook of him chatting with a local news agency about casting his first-ever ballot.

“My first time ever voting. I’ve been watching the runoffs and I just feel like me coming out here will inspire a lot of people to go vote,” the 38-year-old admitted to the reporter. “I feel like my vote will matter.”

“I think more African Americans need to come vote because we have it hard, I feel, like as a race,” said Boosie. “If we’re gonna make change, we gotta vote.”

The rapper also expressed his disappointment that he didn’t see many Black people waiting in line at the polls at the time.

Now that he’s voted for the first time, Boosie had a strong message to his fans about participating in future elections.

In a video to Instagram, the “Nasty Nasty” artist declared, “If I’m voting, everybody needs to vote!”

No winners have been declared in Georgia’s runoff Senate election at this time.