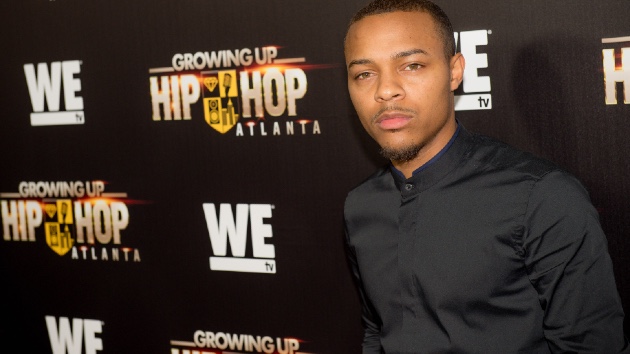 It looks like Bow Wow has his sights set on retiring from the music industry and becoming the next superstar wrestler.

On Monday, Bow tweeted, “Now i know this might sound crazy… BUT… after i drop my last album. I will focus on tv and film and joining the @WWE its been a life long childhood dream to wrestle in the WWE!!!!”

The 33-year-old went even further declaring his tag team partner, Rey Mysterio, who is already partnered with Dom Mysterio.

As the news spread, fans and other pro wrestlers such as T-Barr and Ricochet began to challenge Bow to a match up.

“Got you Dom but now I got T-Barr and little Ricochet wanting the smoke. I’m all for it,” Bow tweeted.

Bow said he’s “already started” training so he’ll “be ready” when the WWE gives him the green light. While some fans had a ball entertaining the idea of the Grammy-nominated rapper gaining another title, many sound like they’ll definitely be tuning in.

“I’ll get @WWE tickets just to watch [Bow Wow] y’all will gain new fans of the show!” wrote one fan.

Bow declared it would be an “easy victory” if he was to be paired in a Wrestlemania match against Latin superstar Bad Bunny. “Dog vs. a bunny…that won’t end well,” Bow tweeted.

To preview his new album, Bow Wow recently dropped a music video for his new single, “My Pain.” As previously reported, the Fast & Furious franchise actor is also working on a sitcom series with his nine-year-old daughter, Shai.