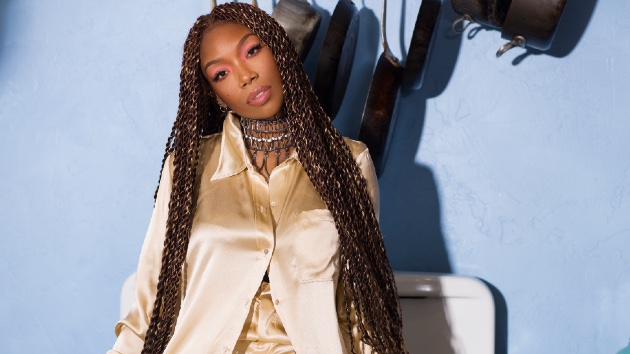 Rodgers & Hammerstein’s Cinderella is now on Disney+ and Brandy, who played the titular character, says she will forever be grateful for the project.

Speaking with Entertainment Tonight, Brandy reflected on starring alongside the late Whitney Houston when she was just 18 and can’t wait for the younger generation to watch the groundbreaking film.

“What I love about this film, Rodgers & Hammerstein’s Cinderella, is that we’re gonna see her in this enchanting light,” said Brandy, 42. “This is how we need to see her.”

The Moesha alum, who sang the duets “Impossible” and “It’s Possible” with Houston, added, “My fondest memory is being in the studio with Whitney.  I was having so much fun!”

“Whitney could’ve chosen anyone, but she chose me and I am forever grateful for that,” continued Brandy. “It impacted my life on so many levels. It opened so many more doors for me.”

Brandy credits the movie for allowing her to make her Broadway dreams come true when she starred as Roxie Hart in Chicago.

“She has changed my life forever and she’s gonna change so many others that never really got to see her in her prime,” she smiled, reflecting on the friendship they shared up until her death.

“I had a three-hour conversation with her before she passed away,” the Grammy winner revealed. “She went into depth about me staying true to who I am. She made me promise her that… She’s always with me. I feel her always. Always.”

Brandy, touching upon Disney+ adding the movie to its collection, gushed, “It has the perfect home for this new generation to really just soak it all in and really understand that this is something that they’ve never really truly seen before.”