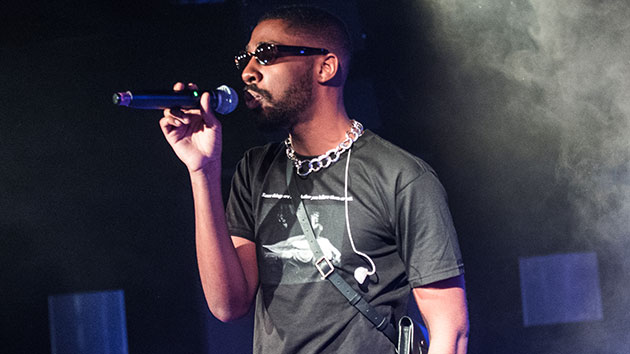 Brent Faiyaz treated fans to his “Gravity” collaboration with Tyler, the Creator last month. Now, Brent has returned to put things into perspective with a visual for his single, “Circles.” featuring New York pop duo PURR.

“[People] dying everyday, but what can I say? / They just want me to sing / It’s like everyone wants you to think how they think / And do what they say and stay out the way / And if you don’t wanna they got a problem with you,” sings Brent.

The accompanying visual finds the DMV native smoking in a blue-hued room as a camera moves around him.

“Circles” was released as part of a three-song project Brent shared via Dropbox. He tweeted a link with the caption “DO NOT LISTEN,” which could be the name of his next project.

Fans are excited about the next potential album from Faiyaz to follow up his 2020 EP, F*** the World, and his 2017 full-length debut, Sonder Son.

“Price of Fame” needs to be on Apple [Music] asap,” tweeted one fan, while another compared the singer’s comeback to that of Brooklyn Nets player Kyrie Irving.

“Brent Faiyaz really got this new age of R&B in the palm of his hand dribbling around like he’s Kyrie,” tweeted one fan.

Another said, “Put respect on Brent Faiyaz for the way he uses his voice hasn’t been done before, he actually got a refreshing sound.”

Still another fan wrote, alright @brentfayiaz stop playing [and] give us the whole album with your chest, now come on.”