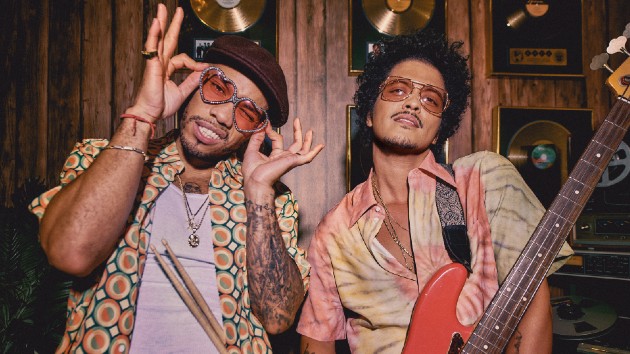 After “begging” the Grammys for a gig earlier this week, Bruno Mars has announced that Silk Sonic, his new band with Anderson .Paak, will perform at the ceremony on Sunday.

Bruno wrote on social media Wednesday, “Dear @RecordingAcad we humbly accept your invitation to reunite on your grand stage. Thank you! We swear we won’t do the most.”

He then added a video clip of a fiery explosion giving way to The Grammys’ official announcement. “aaaannnddd scene,” Bruno wrote.

On Sunday, Bruno kicked off his Twitter campaign to be added to the performer lineup, writing, “Dear Grammys, If you can see it in your hearts to allow two out of work musicians to perform at your show, we would really appreciate it. We just released a song and could really use the promotion right now.”

He added, “We just want to sing. We’ll send in an audition tape and take as many Covid tests as we need to. I promise we won’t be extra. We just really want a gig again.”

Many asserted that Bruno’s Twitter campaign was just a joke, that the duo was already scheduled to perform on the telecast and they were merely drumming up excitement ahead of the actual announcement. After all, Bruno has won 11 Grammys and is a huge favorite of the Recording Academy.