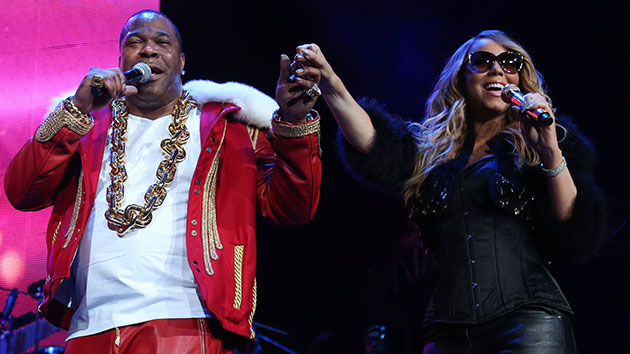 The music video for Busta Rhymes and Mariah Carey‘s new single, “Where I Belong,” drops tomorrow.

On Monday, Busta announced the forthcoming music video for his second collaboration with the pop music diva.  “It’s time,” he wrote on Instagram, sharing a video clip of the two. “We ain’t never stopping.”

Fans were fired up about the duo collaborating again, sharing dozens of fire emojis in the posts’ comments.

“‘I love it! Both of y’all are strong staples of what music integrity today MUST represent,” wrote one fan, while R&B vet Maxwell said, “@bustarhymes you back with the queen @mariahcarey.”

“Where I Belong” is featured on Busta’s latest project, Extinction Level Event 2: The Wrath of God, his first album in eight years. The Rick Rock-produced track samples Busta and Mariah’s 2002 hit, “I Know What You Want,” which peaked at #2 on the Billboard Hot R&B/Hip-Hop songs chart.

The “Where I Belong” video drops Wednesday at 12 p.m. ET via YouTube.