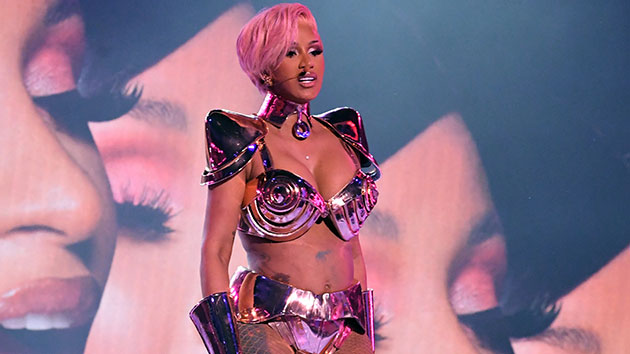 Cardi B and Candace Owens were embroiled in a heated Twitter exchange Tuesday night.

It all started when Candice appeared on Fox News and lambasted the rapper’s sexy Grammy performance of her hit song “WAP” with Megan Thee Stallion. The conservative made claims that it’s contributing to “the destruction of American values and American principles.”

“It’s terrifying!” Candace added. “Parents should be terrified that this is the direction that our society is heading towards.”

In response, Cardi chose to focus on the bright side of the criticism, tweeting, “Yaaaayyyyyyy WE MADE FOX NEWS GUYS !!! Wap wap wap.”

She followed it up by thanking Candace, whom she nicknamed “Candy,” for giving the performance “more views” which she noted will count towards her streams and sales. She also added, “REMEMBER GROWN PARENTS ONLY YOU CAN MONITOR WHAT YOUR KIDS WATCH NO1 ELSE.”

Owens hit back, calling Cardi by her birth name, Belcalis, and explained that her issue lies “with [Cardi] being used to encourage young women to strip themselves of dignity.”

Things then spiraled and the two continued a back-and-forth exchange on the social media app with the “Up” artist bringing up an old tweet, in which Candace claimed her husband cheated on her with her brother. Candace claimed the tweet was photoshopped and then threatened to sue the former Love & Hip Hop star.

Cardi hit back with a threat to sue as well for “makin it seem like I photoshop something.”

This isn’t the first time that these two have gone toe-to-toe. Owens previously slammed “WAP” when it was released last summer.