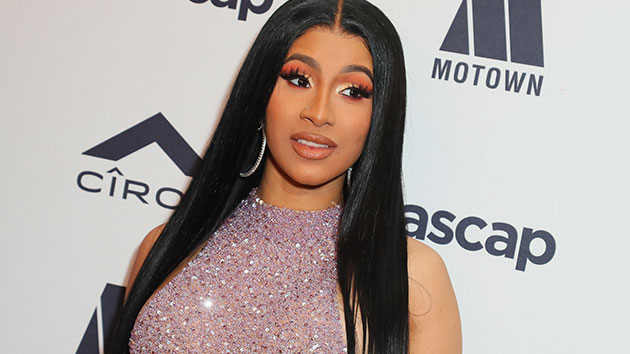 Cardi B is not afraid to speak her mind and, following the shooting death of 20-year-old Daunte Wright and another disturbing incident where a Black Army lieutenant in his fatigues was pepper sprayed by police, took to social media to call out Republicans for staying silent.

In a profanity laced Twitter video, the “Up” rapper compared the two instances and the reaction — or lack thereof — from the GOP.

“This past week we have seen an American lieutenant that served this country get treated like a dog by cops.  Got maced, got thrown to the floor,” said Cardi in reference to Caron Nazario, who was pulled over after police, who approached him with guns drawn, claimed he was driving without license plates.

Later reports and body camera footage found he had temporary plates taped inside his rear window.

Continued the Grammy winner regarding Wright’s death, “We have seen a young man get killed by a cop, unarmed, and the excuse was the cop that had been on duty for 20-plus years mistake[s] a gun for a Taser.”

“My thing is, where the [heck] are you Twitter blue check Republicans at? Y’all are the loudest in this [damn] app. Y’all not saying nothing. Y’all not complaining,” the 28-year-old chastised. “Y’all blame everything with what’s wrong in America beside the police. Y’all have been very silent. What’s going on?”

The rapper continued in the caption, “I don’t ever want to see yaa ranting on celebrities, athletes until yall address what’s REALLY WRONG IN AMERICA!”

Cardi has previously called out critics for lambasting her music but not calling out instances of racial profiling or lobbying for gun control — adding that her songs are not what’s wrong with the country.