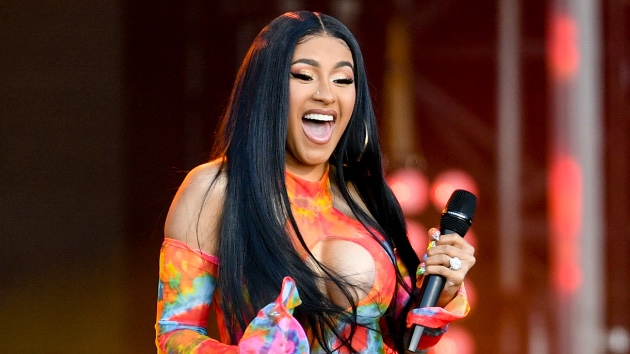 Cardi B has been namedBillboard’s Woman of the Year, the publication announced on Wednesday. The “WAP” rapper will be honored for her “music, performances, cultural influence and activism [that] has defined the year” at Billboard’s 15th Annual Women in Music Awards.

Sister singing duo Chloe X Halle will receive the Rising Star Award, given to artists that have achieved a high level of success during the early stages of their career.  The Grammy-nominated duo has had an exceptional year after releasing their sophomore album, Ungodly Hour, which debuted at #2 on Billboard’s Top R&B Albums chart, #11 on the Top R&B/Hip hop albums chart and landed at number 16 on the all-genre Billboard 200 albums chart.

Brianna Agyemang and Jamila Thomas, the women behind last summer’s #TheShowMustBePaused movement following the murder of George Floyd, will be honored with the 2020 Executive of the Year Award.

Hosted by Teyana Taylor, one of Billboard’s R&B/Hip-Hop Power Players, this year’s Billboard Women in Music Awards will be virtual due to the ongoing COVID-19 pandemic.  The livestream happens at BillboardWomenInMusic.com on December 10th at 8 p.m. ET.