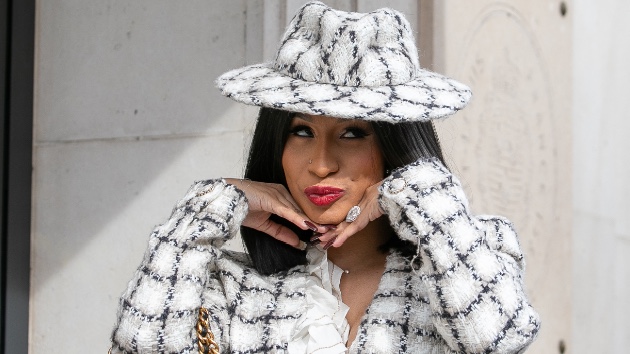 Cardi B is making it her mission to raise her daughter with “compassion.”

During an interview with Billboard, the “WAP” artist, who shares two-year-old daughter Kulture with rapper Offset, opened up about her involvement with politics, including allowing her daughter to participate in a campaign that paid tribute to Breonna Taylor and other Black women killed by police.

When asked why Cardi felt it was important to involve her daughter, she replied, “I just thought she was looking really cute — and I want her to grow up knowing how the world really is.”

“My daughter came out of [me] rich. She lives a different lifestyle than I lived,” she explained. “I want her to know that just because you have money, that doesn’t mean you’re super-privileged.”

Cardi added that her previous experiences with police also played a role in her decision.

“Even me with her dad, we have had really bad experiences with police, and we’re rich and famous. I want her to know that you’re not going to be an exception,” she said. “I want her to have compassion. I don’t want her to ever have the mentality of, ‘This doesn’t apply to me."”

The “Money” rapper also makes it a point to practice what she preaches, but that doesn’t necessarily mean she considers herself an activist.

“I don’t know if I’m an activist,” she admitted. “I’m a Libra — we are the justice sign. I like fairness, and I have compassion toward everybody.”

“This is the type of person that I’ve always been. When I was a stripper, I posted the same [stuff] that I post now. I was doing marches in Harlem,” Cardi shared. “I just want to be a person with a platform that believes in good.”