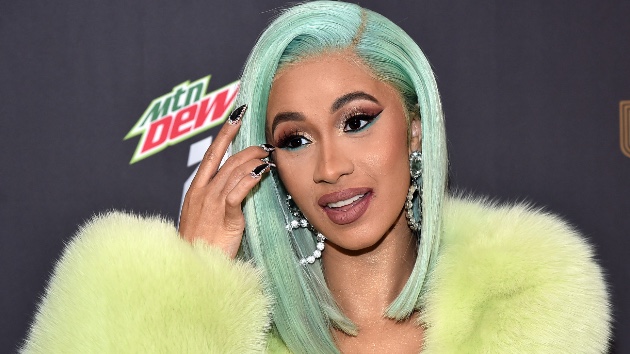 Despite being one of the biggest hits of the summer, Cardi B and Megan Thee Stallion‘s “WAP” did not receive a single Grammy nomination.  Over the weekend, the “I Like It” rapper revealed that the song wasn’t snubbed because it was never up for consideration in the first place.

Taking to her Instagram stories over the holiday break, Cardi explained why her 78.2 million followers shouldn’t be upset that the song was missing from this year’s list of Grammy nominees.

“I never pressed for a Grammy, but y’all not gonna take away something that I know that I worked my a** off, that I deserve,” the 28-year-old rapper explained in a video.

Cardi B continued, saying that, “I don’t want to be submitted to award shows until I put out my album because I think my album is so good and it just means something.”

The album, she says, has been in the works “for two years” and “some songs are so emotional to me because I did them during quarantine.”

She signed off by telling her fans that she is “not pressed for nothing” and that they shouldn’t be “upset” that “WAP” won’t be up for a Grammy Award.

The collab bowed in the number one spot the Billboard Hot 100 and also broke several streaming records when it was released in the summer.