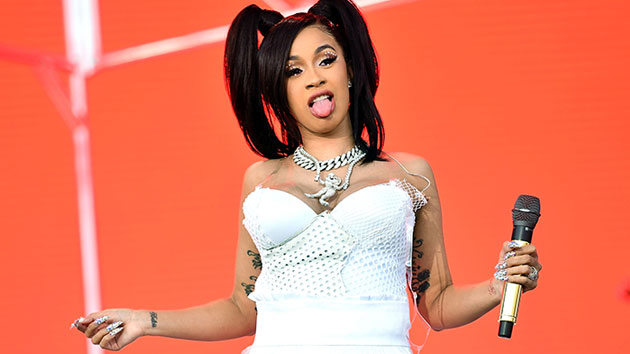 Get ready: Award-winning rapper Cardi B will be bringing the jokes to her first starring role in a film.

In the upcoming comedy, Assisted Living, Cardi will play Amber, “a small-time crook who finds herself in over her head when a heist goes wrong,” reports Variety. After running from the cops and her former crew, Amber disguises herself as an elderly woman while hiding out in her estranged grandmother’s nursing home.

Variety describes the film as a “raucous comedy” with “tremendous heart,” mirroring classic films like Tootsie, Sister Act, and Mrs. Doubtfire. Produced by Temple Hill and Stephen Love, the film is based on an original script by This Is Us writer, Kay Oyegun.

On the television tip, Cardi headlined Netflix’s music competition series, Rhythm + Flow: She, Chance the Rapper and T.I. were judges and executive producers of the show. Between 2015-2017, the “Bodak Yellow” rapper appeared on VH1’s Love and Hip-Hop. A year later, she released her debut album, Invasion of Privacy, which has been certified triple-platinum.

Cardi’s latest endeavor includes her Facebook Messenger show, Cardi Tries…, which airs new episodes every Thursday.  In it, she explores new activities such as stunt car driving and basketball. Tune into this week’s episode to see her learn how to make sushi.