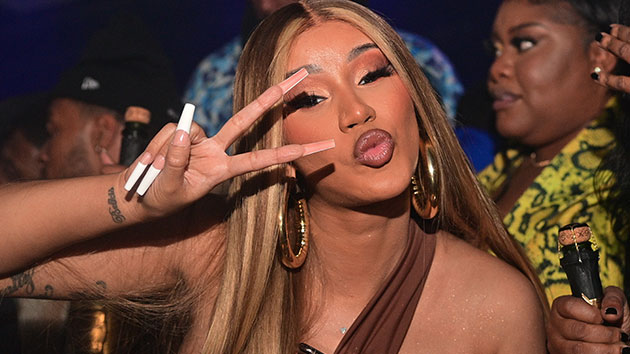 Count Cardi B as one of the many of us who will be partying and drinking to ring in 2021. How hard will she party?  Wednesday morning, the “WAP” rapper solicited recommendations from her 15.9 million Twitter fans on how to cope with a hangover.

“What do you guys recommend for hangovers? I’m trying to see double on New Year’s Eve but I want to be good in the a.m.” tweeted Cardi, with a pair of laughing and crying emojis.

Fans responded with a few hilarious comments, suggesting everything from burgers to ginger tea to coconut water and more, including a “banana milkshake.”

But most fans suggested Pedialyte, which became a trending topic on Twitter in a matter of hours.

One fan listed the rehydration beverage as part of an elaborate hangover remedy: “Drink Pedialyte and pop a couple Vitamin C’s BEFORE you start drinking. Then just make sure you drink water between drinks/shots. @iamcardib Two hearts Ramen noodles with protein, & veggies, sesame seed oil and Sriracha to kill sour stomach, BC Powder, Ginger Ale and water for hangovers.”

Cardi B has a lot to celebrate as she ends an exceptional year that was led by the release of record-breaking “WAP” anthem with Megan Thee Stallion in August, her only single release this year. The three-time platinum record helped earn the Bronx rapper Billboard’s Woman of the Year honor. Cardi also recently won $30 million in a long-running legal dispute with a former manager.