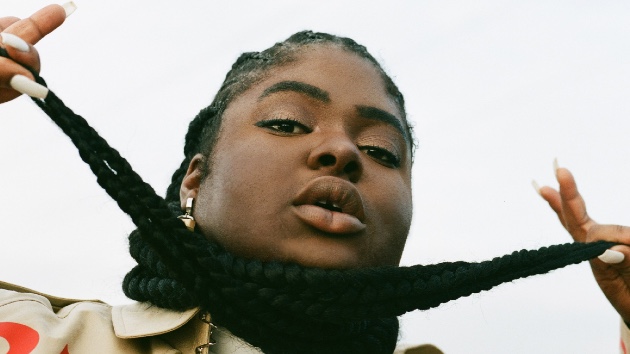 It’s not lookin good for R&B singer DaniLeigh, who has caused quite the controversy on social media after sharing a snippet of her new song, “Yellow Bone” Thursday.

The Shade Room captured DaniLeigh’s deleted-Instagram video, which shows her dancing to the song, while repeating lyrics such as “Yellow bone that’s what he wants.”

In the comments, fans began calling DaniLeigh a “colorist” and raised questions about the song’s title, which is often used to describe women of a lighter complexion.

Responding to critics, DaniLeigh said she wrote the song for “light skin baddies. Why y’all think I’m hating on other colors when there are millions of songs speaking on all types? Why y’all so sensitive & take it personal? gahhhh damn.”

The Shade Room also captured the singer’s backhanded apology in a since-deleted tweet, after fans drew up her cancellation papers. ” Congratulations y’all gotta another thing to say about me when u hate,” said DaniLeigh. “It’s all good. Only God can ‘cancel’ me… that don’t mean [nothing] to me because the people around me are the ones that know my heart and intention and real life. I’m sorry if I offended u.”

Many were not moved by DaniLeigh’s apology, including Alabama rapper Chika, who tweeted, “This is a terrible response to valid criticism.”

“No shade. As a Black woman, you should be more than aware of colorism & why this song wouldn’t sit well with a Black audience. It doesn’t feel good having a billion people at your neck, but it’s not about being ‘canceled.’ it’s about taking accountability,” she continued.