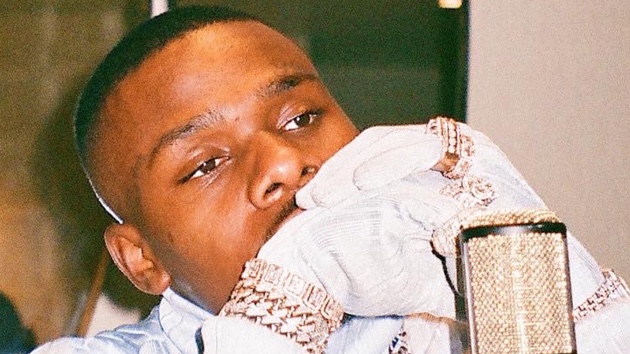 DaBaby is mourning the death of his big brother, Glenn Johnson, who was shot and killed on Tuesday.

The “Suge” rapper first reacted to the news on Twitter, writing “Damn bruh” and a broken heart emoji, before voicing his grief on his Instagram.

Instead of issuing a statement, the Grammy nominee referenced his song “Intro,” where he raps about wanting to see his brother happy.

“My brother be thinkin’ that we don’t love him/ And let him struggle like we ain’t family/ Like, I won’t give up all I got to see you happy,” the lyrics read.

DaBaby later expressed, in reference to the song, that he “would’ve gave up all I had to see you happy.”

The artist also altered his Instagram bio in honor of Johnson, writing, “Long live my brother” along with a black heart and white dove emoji.

According to WSOCTV, Johnson’s body was found Tuesday afternoon following a reported shooting in a parking lot in Charlotte, North Carolina.  No arrests have been made and the incident is being handled as a death investigation.

No further details are available at this time.