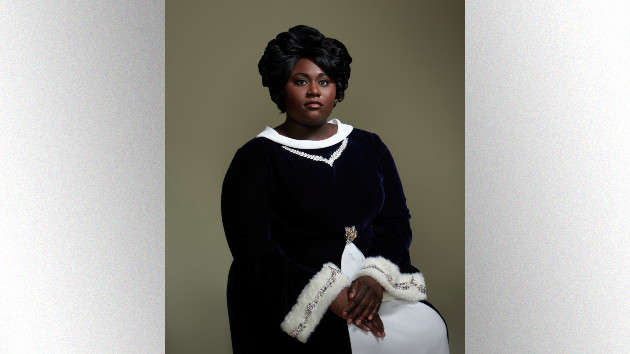 Brooks, whose vocals are also heard throughout the film, tells ABC Audio that her interest in portraying the gospel star came as the result of separate conversations with two respected singers: Jennifer Hudson and Jennifer Holliday.

“They said, ‘You you sound like Mahalia Jackson,"” Brooks recalls. “I was like, ‘What’d you mean?’ And so my head started turning and I got the idea [that] if I was to play any notable figure, I would want to play her because, I then found out we had a lot in common.”

Some of those similarities, Brooks says, include their shared Southern upbringing and time spent in church.

“It was just a lot of things that started to align,” she explains. “So yeah, it just felt right. It felt like this is my person.”

Brooks also praises Good Morning America’s Robin Roberts for bringing her on as a co-executive producer.

“There’s a lot,” Brooks continues. “And so, I wanted women to feel — especially Black women — feel represented in that moment.”