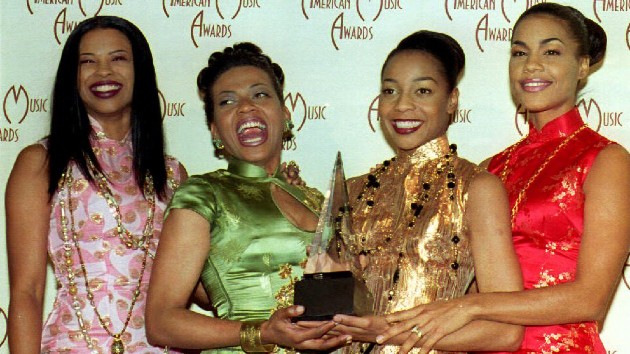 En Vogue is celebrating their 30th anniversary, but as fans call for a reunion of all the original members, Dawn Robinson says don’t expect it to happen.

“Every time I try to go back and do things with them it falls apart,” she tells You Know I Got Soul. After eight years with the group, Robinson left in 1997.  It was reportedly her decision to leave, but she herself claims she was kicked out because she signed a deal to release a solo album.

Dawn says she “received death threats” because fans believed she broke up the original group.

Robinson rejoined En Vogue for a tour in 2005, and for a 20th anniversary tour in 2009. Last year, she and Maxine Jones, who left the group in 2011, reunited with Cindy Herron and Terry Ellis to perform at a tribute to Epic Records CEO Sylvia Rhone.

Now, En Vogue is a trio featuring Herron and Ellis, along with the newest member Rhona Bennett. Robinson says for a reunion to happen, Bennett should be not involved.

“I do know that she needs to step back if we are going to do a reunion at all. It just needs to be the four of us,” she says.

Robinson is currently developing her own label, Stiletto Entertainment, and she’s also writing her autobiography.

H.E.R., Zendaya, and Kehlani were almost in a band together