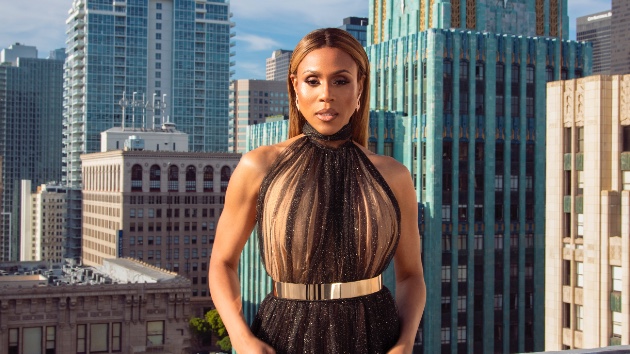 Deborah Cox may never get tired of performing her 1998 hit “Nobody’s Supposed To Be Here.” But that doesn’t mean the song’s meaning stays the same.

The Grammy-nominated singer tells ABC Audio the meaning “has changed over the years” since she wed her husband/manager of 22 years, Lascelles Stephens, with whom she shares three children.

The song “tells my story of the way that I feel in love. But I think over the years, I think I understand the song even more that you go through this period as you grow and evolve as a person where you shut your heart down because you don’t want to be heartbroken anymore,” says Cox.

“You don’t want your hopes and dreams that you have in certain people or certain things, you don’t want that shattered. So you take a step back, take a moment and take care of yourself,” she continued. “That’s when you least expect the love of your life to come along or for a great opportunity to come along.”

Cox said it all happened when you implement “trust…faith and lean on something that isn’t there.”

“Just something you might have the vision for. That’s usually when God brings these incredible blessings and these things into your life that you know are undeniably his work,” she adds.

“Nobody’s Supposed To Be Here” is one of Deborah Cox’s biggest singles from her sophomore album, One Wish. After its release in 1998, the song spent 14 weeks at the top of Billboard’s Hot R&B/Hip Hop songs chart and peaked at #2 on the Billboard Hot 100 chart.