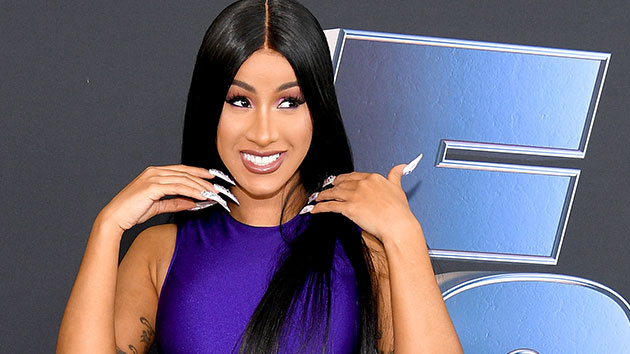 Leave it to Dionne Warwick to put smiles on Twitter users’ faces.  Over the weekend, the singing legend announced that she has finally learned who Cardi B is… and she approves!

“After today, I can confidently add ‘Cardi B’ to the list of people my niece has opened my eyes to. More on this tomorrow,” Warwick announced Saturday.

In a later tweet, the “Heartbreaker” artist detailed why the rapper made it onto her radar.

“Cardi B is authentically herself… I have only seen video clips. No music yet,” Warwick relayed before hilariously asking her Twitter followers, “I do have one question. What does Offset mean?”

The man she is referring to, Offset, is Cardi B’s husband and the father of her child, Kulture.

The 80-year-old was obviously amused by her some of followers’ explanations about who Offset was, but had to intervene when a few critics began lambasting the couple.

“I do not like the mean responses,” Warwick disciplined. “Cardi B and Offset are human beings with feelings. Keep it kind.”

On the flip side, Cardi freaked out upon learning she made it onto Warwick’s radar and took to Twitter to celebrate the honor.

The last time Warwick chatted about other artists on her personal Twitter, it resulted in a new music collaboration with Chance the Rapper and The Weeknd.

Warwick, who teased the two about their stage names, performed a new charity single alongside the artists that will benefit the Hunger Not Impossible initiative.

“Nothing Is Impossible” was penned and produced by her son Damon Elliott.  The song will be released at a later time.

No word yet if Cardi and Dionne are in talks to hit the studio together.

Watch Michael B. Jordan enact revenge in ‘Without Remorse’; Octavia Spencer and Melissa McCarthy get super-powered in ‘Thunder Force’