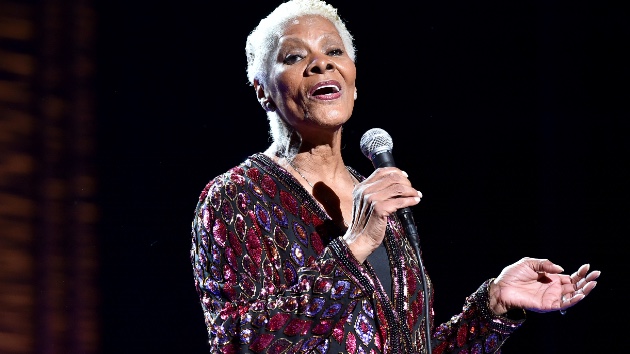 Dionne Warwick has been having a lot of fun on Twitter lately and for anyone doubting that she’s behind the tweets, she has three words — “deal with it.”

The legendary singer went viral over the weekend after she poked fun at both Chance The Rapper and The Weeknd over their stage names. However, some were skeptical that Warwick was behind the humorous tweets prompting her to set the record straight with a 38-second video clip on Monday.

“Well hello. And this is for all of you tweeters who have decided that I’m not tweeting my own stuff to you,” she began. “I want you to know I am and I’m getting very, very, very good at it.”

“You see I have a wonderful niece and her name is Brittani. And she said, ‘Aunt Dionne, you’ll have a lot of fun if you get on this with me.’ I said, ‘Okay, teach me how to do it.’ And she did, and I am doing it,” the 79-year-old singer explained. “So, that should quell all the naysayers. And if it doesn’t, deal with it.”

Alongside the clip she wrote, “Came here to find foolishness in my replies. I am rushing into an interview and this is the last time I’m saying this. Thanks.”

Previously, though, she told Andy Cohen that she she was not responsible for her writing her own tweets and revealed that her niece and PR people “put a little few things in there.”

Warwick’s Twitter spree started Saturday when she tweeted, “Hi, @chancetherapper. If you are very obviously a rapper why did you put it in your stage name? I cannot stop thinking about this.”

Later that same day she questioned the “Blinding Lights” singer, “The Weeknd is next. Why? It’s not even spelled correctly?”