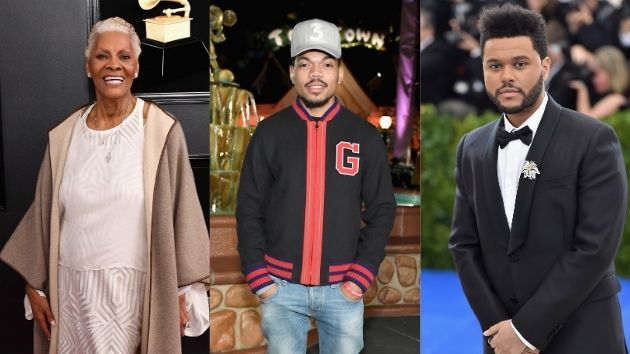 What happens on Twitter doesn’t stay on Twitter. After Dionne Warwick went viral for questioning Chance The Rapper and The Weeknd‘s stage names, the trio are now all working together to help feed the hungry.

Speaking with Chicago’s Windy City LIVE, Chance, 27, dished about a new project in the works with the legendary singer, 71.

Recalling a phone conversation he had with Warwick, the rapper explained, “She told me about this homeless initiative that she’s working on… like a food initiative for homeless and homeless youth…. and so I was all down.”

“There’s also like a song component. So, I’m going to have a phone with Dionne Warwick too,” he added excitedly.

As for how The Weeknd got involved, Warwick’s son, Dionne Damon Elliott told TMZ that the “Blinding Lights” singer hopped on board after a phone call with Warwick, where he expressed how food insecurity is personal for him as he was once homeless himself.

Elliot also shared that he will be writing and producing the song, which is called “Nothing’s Impossible.”

According to the outlet, proceeds will benefit Hunger Not Impossible, a service that connects kids and families in need with prepaid, nutritious, to-go meals from nearby restaurants.