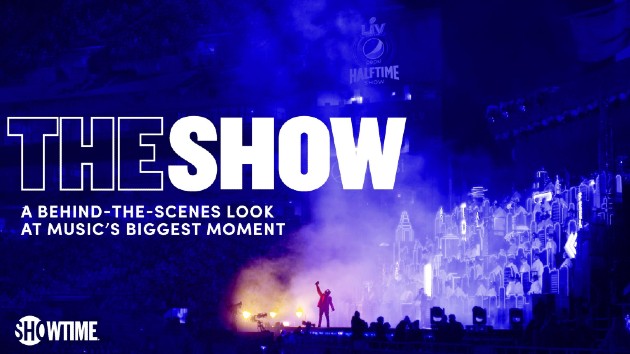 If you want to know how The Weeknd‘s big Super Bowl halftime performance came together, Showtime is here for you.

Later this year, the cable channel will air a documentary called The Show, offering a behind-the-scenes look at the months of work that went into creating this year’s Pepsi Super Bowl Halftime Show.

In a statement, a Pepsi exec promises the doc will take “fans on the emotional and thrilling journey of what it takes to make the biggest show of the year — with the added complexity of doing so amidst a global pandemic.”

“I hope this can inspire people to pursue big dreams,” he adds.

There’s no airdate yet for the doc.

In other Weeknd news, he’s sold nearly a million tickets to his upcoming 2022 After Hours world tour so far, and has plans to add dates in Australia, South America, Mexico and Southeast Asia “due to overwhelming demand.”