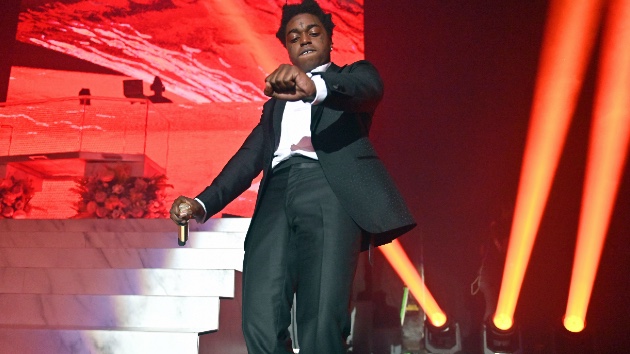 Kodak Black and Lil Wayne are among the people Donald Trump pardoned on his last day in office late Tuesday evening.

Fans on social media are excited about the possibility of Kodak’s early release from federal prison. Last March, the rapper, born Bill Kahan Kapri, pled guilty to a firearms possession charge after being detained at the Canadian-American border in April 2019.

In Kodak’s case, a pardon would allow the Florida rapper to be relieved of some or all of the legal consequences resulting from a criminal conviction.

This news comes months after Kodak reached out to the former President asking for his sentence to be commuted, in a petition obtained by TMZ last September.

Meanwhile, Wayne’s pardon comes after the Grammy-winning artist subtly endorsed Trump for reelection last October by sharing a photo from their “meeting” together, which went viral on social media.

The rapper, born Dwayne Michael Carter Jr., was expected to appear for court later this month after pleading guilty in December 2020 to illegally possessing a loaded weapon and ammunition as a convicted felon while traveling to Miami on a private jet.

Wayne is prohibited by federal law from owning a firearm due to his eight month sentence in Rikers Island for a felony weapons charge in 2010.

For these new charges, Wayne was facing 10 years in federal prison. The charges stemmed from the day of Dec. 23, 2019, when was an anonymous tip led Miami police officers and federal agents to search and find a gold-plated .45-caliber gun in Wayne’s bag, in addition to other belongings.