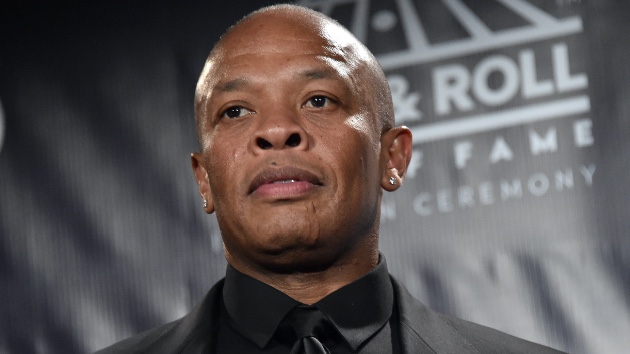 While Dr. Dre was being treated at a hospital for a brain aneurysm Tuesday night, there was an attempted burglary on his home in Los Angeles.

According to ABC affiliate KABC-TV, the alleged burglars unsuccessfully tried to break in around 10 p.m., though nothing was taken. Believing Dr. Dre’s home was the target of a burglary ring, police say the alleged suspects banged on the fences and doors of the property before attempting to break in.

After a short chase in Brentwood, Los Angeles, officers apprehended four suspects in an SUV, who were taken into custody in Pacific Palisades.

Investigators say they found a “backpack full of burglary tools, saws and crowbars” inside the suspects’ vehicle.

The attempted burglary comes as Dr. Dre is embroiled in an ugly divorce from his estranged wife, Nicole Young. Earlier Tuesday, TMZ reported Young filed new legal documents to support her claim in seeking $2 million a month in temporary spousal support from Dre.

Young’s accountants say the docs indicate the music mogul has total of “$262 million available right now in cash and Apple stock,” TMZ reports, the latter of which has been their “primary source” of income from 2017-2019. The accountants claim Young’s asking price is not too far off from the couple’s living expenses, which amount to $2.3 million per month.  During the course of their divorce, Dre has reportedly dished out almost $293,306 a month in expenses.

Last December, TMZ also reported that Dre filed a police report claiming Young embezzled a total of $385,029 from one of his companies.