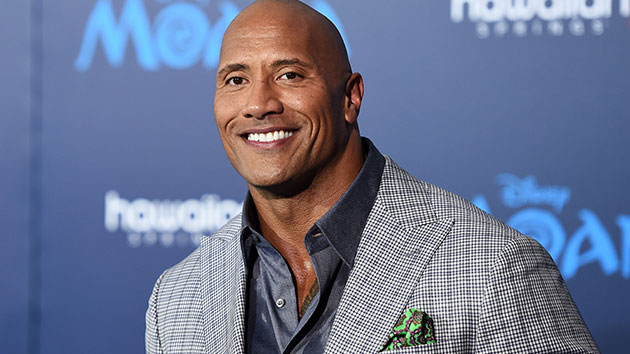 While some recall puberty for being an awkward and uncomfortable time in their life, Dwayne “The Rock” Johnson says he is extremely grateful to have gone through it.

Posting a throwback Thursday photo of his 11-year-old self, the Jumanji actor opened up about how his father influenced his dreams of becoming a pro wrestler.

“A lil’ throwback action to 1983, when I was 11 years old – I used to LOVE putting on my dad’s wrestling trunks, boots, jacket and championship belts – dreaming of one day becoming a pro wrestling champion,” Johnson, 48, reminisced.

In the photo, pre-teen Rock poses with his hands on his hips sporting two of his father Rocky Johnson‘s belts, one thrown over his shoulder and the other proudly fastened around his waist.  The only other garments the future wrestling star is wearing are his dad’s white spandex trunks, blue puffer jacket and knee high white boots.

Despite the sentimental snap, Johnson had a major issue of his younger self’s un-sculpted chest and cracked in the caption, “Only thing I forgot to wear was my training bra!!”

The father of three then referred to his past self as “afro [chest],” joking he was “gonna be late for school!”

Johnson signed off his throwback Thursday photo with the hashtag “#thankgodforpuberty.”

Of course, his fans were quick to thank the Rampage actor for providing them some much needed inspiration for their Halloween outfit this year.

If fans do decide to dress up as 11-year-old Rock, this won’t be the first time someone parodied one of his old looks.  Last year, the actor’s pal Kevin Hart trolled Johnson by trick or treating as a 90’s Johnson, complete with a fanny pack, chunky watch, black turtle neck and chain necklace.