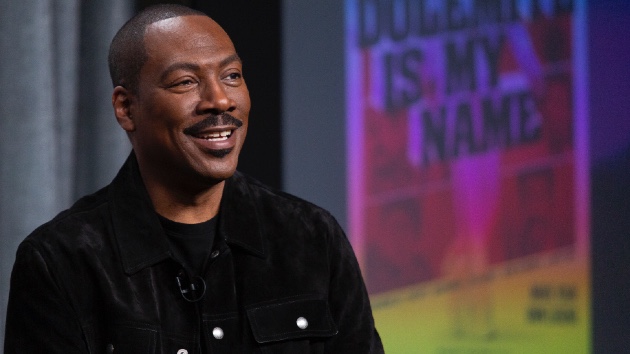 Eddie Murphy is looking to get back to his early beginnings in comedy.

In an appearance on Kevin Hart‘s SiriusXM podcast, Comedy Gold Minds with Kevin Hart, Murphy teased that he was planning to return to the comedy stage in the near future.

“My plan was to do Dolemite, Saturday Night Live, Coming 2 America and then do stand-up,” Murphy said. “And then the pandemic hit, and it shut the whole [thing] down.”

Murphy explains that he had planned to work on his comedy “act” last year, but unfortunately everything was put on hold. Now he says, he’s ready to get back to work.

“When the pandemic is over and it’s safe for everybody to go out and do it, then the plan is to do it,” he said.

Prior to his Hollywood success and stint on Saturday Night Live, Murphy was known and is still regarded as one of the most influential stand-up comedians. For those who may be unfamiliar, Murphy had comedic success in the early ’80s, with the double-platinum 1983 LP Eddie Murphy: Comedian, which won the Grammy for Comedy Album of the Year. After that, his 1987 film Raw received national success and remains the top-grossing stand-up comedy movie of all time.

Murphy has yet to announce an official date for his stand-up comedy return.

Halle Bailey hits back at fan who shaded sister, Chloe Bailey: “Be blessed”