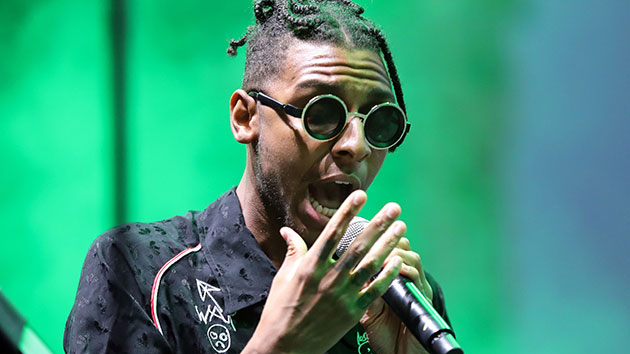 The self-proclaimed “TrapHouseJazz” musician and singer Masego created a sonic getaway with his new EP, Studying Abroad. The six-track offering hits on a variety of emotions and themes, including a travel-inspired single, “Passport.”

“No there’s no saxophone in ‘Mystery Lady’ but Ima hold my lil gold ting in my hand for emotional support,” Masego wrote on Instagram, announcing the song’s music video.

Meanwhile, R&B vet J. Holiday is ready for a Baecation with his new EP, which features re-recorded versions of his classic hit singles, “Bed” and “Suffocate” from his 2007 debut, Back of My Lac.

On the EP’s title track, J. Holiday turns on the charm to tease his girl with a “Baecation” even though she just returned from a vacation with her girlfriends. Baeaction follows Holiday’s 2014 album, Guilty Conscience.

To follow up his 2013 album, Forever, the legendary Donell Jones treated his fans to new music with new single, “Karma,” which samples The Stylistics 1973 hit record, “Payback Is a Dog.”

Jones knows how to steal the show with his enticing melodies and lush vocals, which fans were first exposed to on his debut album, My Heart, in the late 90s. “Karma” is available at donelljonesmusic.com.