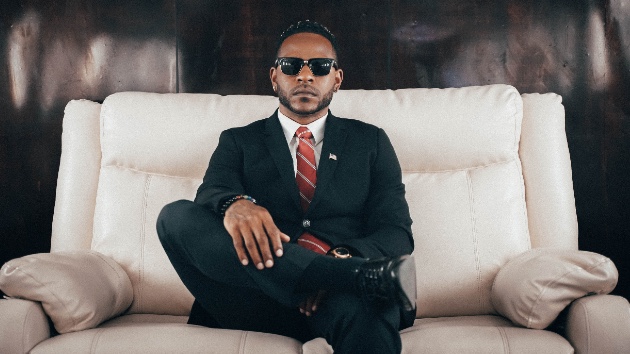 Eric Bellinger deserves all of the applause after releasing his 30th project, Eric B for President: Term 3, last October.

As a way of looking back on how far he’s come, and in no particular order, the Grammy-winning singer/songwriter ranked his top five projects out of all 30 for ABC Audio, starting with a mention of his 2014 debut, The Rebirth, which features Sevyn Streeter, Problem, Sage The Gemini and fellow Grammy-winner Victoria Monet.

For his second and third pick, Bellinger named both of his 2016 efforts: Eric B. for President Term 1 and Eventually.

Next, he noted 2018’s Easy Call, which placed on the all-genre Billboard 200 Albums chart and features his smash hit “G.O.A.T 2.0” featuring rapper Wale.

His fifth and final pick was a tie between 2013’s Born to Sing Vol. 3. and 2018’s Meditation Music… “Only because of what it does to my mind, body and soul,” says Bellinger.

After 30 albums and writing dozens of Grammy-winning hit records for the likes of Usher, Chris Brown, Justin Bieber and more, Bellinger says he’s got it all “figured out” when it comes to music.

“Man it feels good after 30 albums,” Bellinger tells ABC Audio. “I feel like I’m wiser now. I know how to attack a project and execute one mission, one goal. Whether it be a themed project, or just a dope playlist project. I’ve really figured out music.”

Check out Henry Golding in the first teaser to the ‘G.I. Joe’ spin-off ‘Snake Eyes’

Bow Wow details his new album: “You can’t compare my previous albums to this”