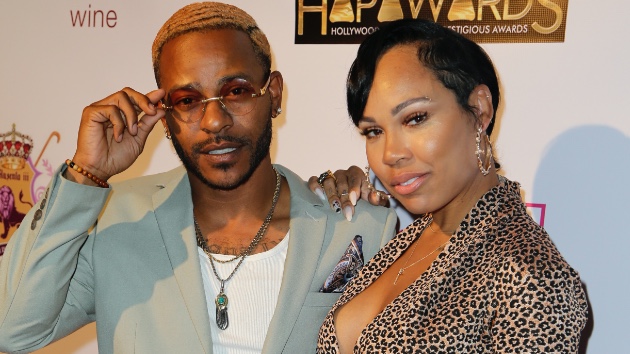 Eric Bellinger has spent the past week hitting the ski slopes in Aspen, Colorado to celebrate his sixth wedding anniversary with his wife, La’Miyah Good. The couple married on New Years in 2015 — just one year after La’Miyah starred in Eric’s video for “My 1st Lady.”

The R&B singer tells ABC Audio he was inspired to share their romantic love story on his latest project, Eric B for President: Term 3.

“Term 3, I was like ‘Yo I gotta give people the back story on ‘My 1st Lady,"” said Eric. “When I was thinking of you know who could play a girl…I was like why not have wifey bust it down with me and it’s a true story. So why not make it all the way real, have my real wife in it.”

“It’s really a true story when I say she holds me down,” Eric continues about the mother of his two sons. “My strength comes from her pushing and encouraging me. So now it’s not just me its also her believing in me and making me feel confident that all the decisions that I’m making and all the things that I’m doing are not only the right things but she’s praying for me, while I’m attacking as well.”

Eric declared his single, “Gravity” as the “best example” of his love for La’Miyah, yet he says “Organic” follows behind “very closely.” Both tracks are featured on Eric B for President: Term 3, which is out now.