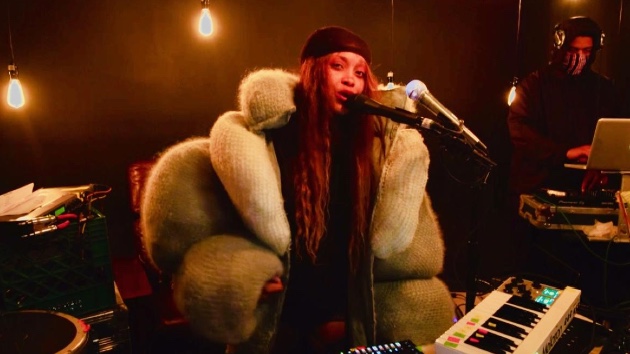 “Next Lifetime” singer Erykah Badu has some questions about her COVID-19 tests that reported mixed results over the weekend.

Badu, who regularly undergoes COVID-19 testing to perform with her band, says she received some confusing results from her rapid tests on Friday.

“No symptoms. Was tested for COVID. Same machine. Left nostril positive. Right nostril negative,” the Grammy Award winner explained on Twitter. “Maybe they need to call Swiss Beats so they can do a versus between them.”

After a third negative test, Badu was given a clean bill of health.

Continued Badu, “What an inconvenience to be tested positive then negative 3x after within 24 hours. Same test. We understand that they aren’t 100% accurate but this is strange.”

The “Bag Lady” singer is hoping for answers, especially since a nasal swab produced two different results at the same time from the same nose.

“We need to investigate these tests further,” she noted, also expressing that she would like her money back.

When a fan pushed back against Badu’s results and claimed that the rapid test, called a COVID-19 Antigen Test, is only meant for show for the nation’s elite, the singer corrected, “That’s incorrect . These rapid tests are given to the general public.”

Other fans have since encouraged Badu to undergo the molecular RT-PCR test or a blood test, which are more accurate than the Antigen Test but take longer for results to come back.

It is unknown if Badu has undergone a molecular or blood test, but the singer insists that she is required to undergo a rapid test because that is what her job provides.

Lizzo confirms new music is imminent, shares video of her back in the studio

Doja Cat withdraws from BRIT Awards after COVID-19 strikes her camp: “It’s simply not safe for us to continue”