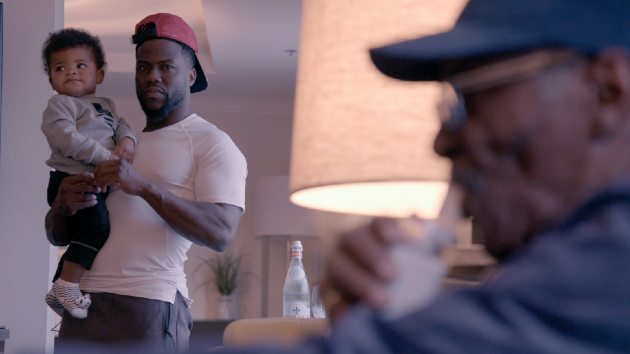 On Thursday, the comedian and actor shared the exciting news about his new film, which will be handled by Barack and Michelle Obama‘s company, Higher Ground Productions.

“So excited to announce that my new drama, Fatherhood, will be released on @netflix on June 18th right before Father’s Day. This is a passion project. “The movie is amazing,” wrote Kevin in the caption on Instagram. “It gave me an opportunity to change the narrative on the “Black Father” stereotype.

“As a Black father I pride myself on trying to be as present as possible in my kids lives,” wrote the husband and father-of-five. “I’m not the only Black father that does this….there are so many of us. Seeing a film like Fatherhood is important as hell. I am also happy to be partnering with President Barack Obama & his wife Michelle Obama’s production company Higher Ground Productions. This is HUGE!”

Netflix acquired the rights for Fatherhood from Sony Pictures, who pushed the release of the film back several times due to the COVID-19 pandemic. According to The Hollywood Reporter, the feature film is based on Matthew Logelin’s book, Two Kisses for Maddy: A Memoir of Loss & Love. It focuses on a man who loses his wife soon after childbirth and who must now raise his newborn child on his own.