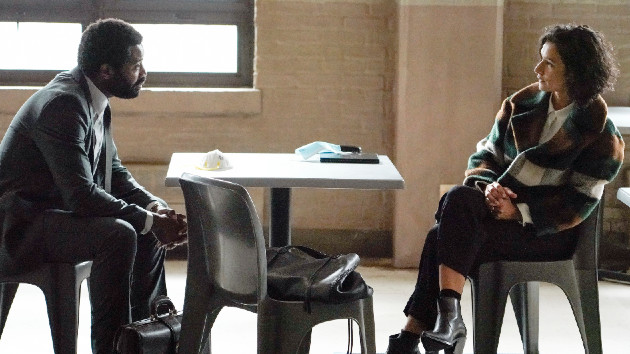 For Life series creator Hank Steinberg knew early on that he wanted to “tackle” the COVID-19 pandemic and its effect on inmates in his ABC legal drama.

“We wanted to tackle reality. We’re a contemporary show, we wanted to be in the now,” he tells ABC Audio. “And there’s the nature of the show as we’re trying to explore these social justice issues, these inequities that are happening in our system and our institutions.”

Steinberg’s co-executive producer, Curtis “50 Cent” Jackson, agrees, adding that after seeing the prison COVID-19 statistics, he knew “there was a bigger crisis for people incarcerated.”

“They just didn’t have the ability to socially distance themselves,” he explains. “Or, have the mask… to try and safeguard themselves from the virus.”

Jackson says being able to show those inequalities on the show and “implement” them was important to him because he hadn’t seen it done on “film and television at this point.”

“So it’s exciting to be able to do it first,” he says.

Meanwhile, the stars of the show, Nicholas Pinnock and Indira Varma, shared what they found startling in the disparities between the prison population and the rest of America.

“It was the lack of information that they had been given,” Pinnock says of those incarcerated. “They’re isolated anyway and they don’t have information about the outside world.”

Varma says she also found the lack of information “shocking,” noting that “little is done” to actually fix the problem.

“People are contracting COVID and are still being kept in… very small spaces with other people,” she says. “They can’t get out. They can’t see their families.”