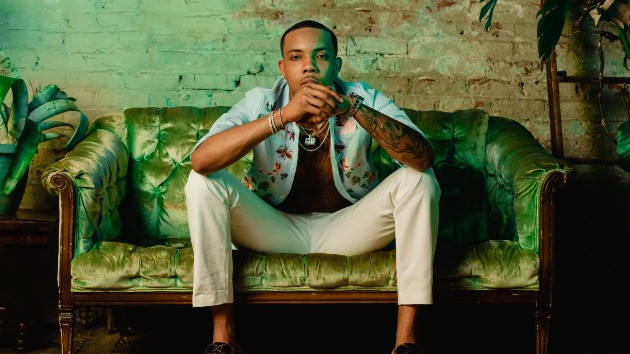 Rapper G Herbo, who was charged in a federal fraud scheme for allegedly using stolen identities and credit card information, appeared in court Wednesday. The “Ridin Wit It” artist pleaded not guilty.

TMZ reports that the Chicago-based rapper appeared in a Massachusetts courtroom on Wednesday. He faces two counts of aiding and abetting aggravated identity theft and one count of conspiracy to commit wire fraud.  He faces up to six years in prison.

Herbo, whose real name is Herbert Wright III, stands accused of racking up millions of dollars in purchases using the stolen credit cards over a four-year period.  He is currently free on $75,000 bond.

However, in order to post bond, Wright had to surrender his passport and agree to several conditions of his release.  While out on bond, the rapper cannot open any new lines of credit, sell or give away any item over $50,000 and must seek approval on certain domestic travel plans.

In addition, Wright will submit to additional drug testing.

A representative of the artist has since told TMZ that their client “maintains his innocence and looks forward to establishing his innocence in court.”

As previously reported, Wright and his manager Antonio “T-Glo” Strong along with four others were charged in a 14-count indictment.

The ring they are allegedly part of would use stolen credit card information for exotic car rentals, private jets, limousine rides and a villa in Jamaica.  They also allegedly illegally charged trips and hotel rooms in Miami, Texas, New York and other states.